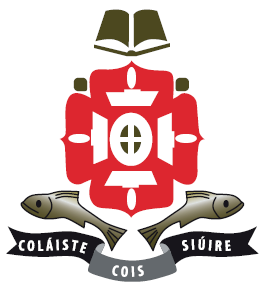 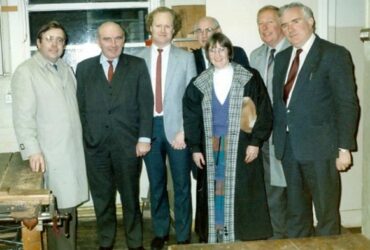 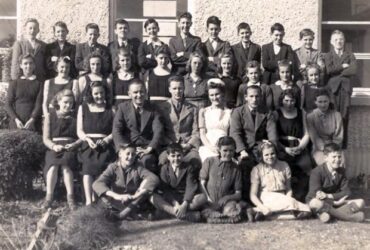 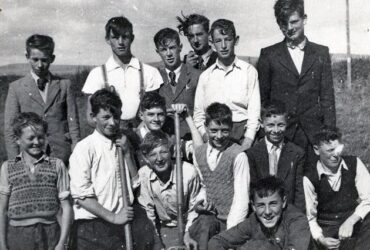 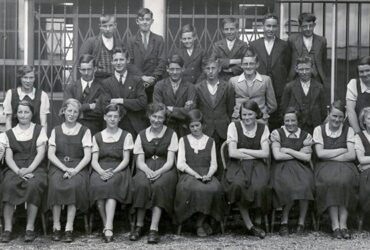 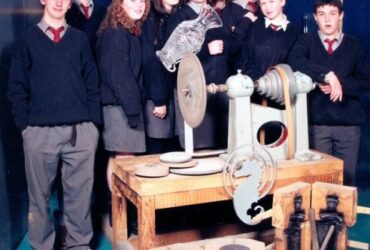 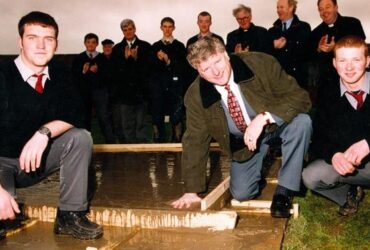 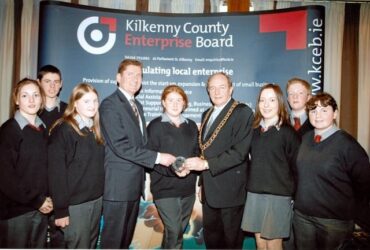 Mooncoin Vocational School was one of the first rural Vocational Schools in Ireland. It was built in the year 1935 after much persistence from Canon Doyle (local P.P.) and the people of the area. As the Minister for Education at that time (Mr. Tom Derrig) was a good friend of Canon Doyle the school went ahead fast and early. When the school was opened, there were three classrooms in it with one teacher assigned for each room. The main subjects that were taught were Woodwork, Rural Science and Domestic Science.

The main aims in setting up the school were to provide post-primary education to the rural children and also to improve agricultural knowledge especially horticulture for home growing. The purpose of this was to have educated people in the parish after leaving school which would result in an improvement in the standard of living in the area. Gardening was a compulsory subject at this time and each pupil had to spend not less than two hours each week in the garden. The fruit and vegetables grown were then used for domestic purposes in the Domestic Science room.

Night Classes for adults were set up a few years later. The men made furniture in the Woodwork classes for their own homes and the women learned new skills in Domestic Science. Thus education was not confined to the younger generation, but for anyone who wished to avail of it. People came from as far away as Thomastown and Carrick-on-Suir.

The school was also used as the social centre for the parish. Once a year the wooden partition between the classrooms were removed and tables were arranged for a supper and a dance later on in the evening.

In 1939, an adult discussion group for the farmers in the area was established in the school. Such topics as modern farming methods, developments in machinery and fertilisers were discussed. This led in 1943 to the establishment of a Farmers Club in the parish and from this, in May 1944; the first national elective for the first farmers movement, afterwards called “Macra na Feirme” was formed.

After World War II the “Post War Building Boom” led to a shortage of qualified tradesmen and to counteract this a building course was set up in the school in 1950. A new woodwork room and store was built by the students that were undertaking this course and 2 years later a metal work room was added. Thus the foundation was laid for trades in the building and engineering industries in the area.

A Home Garden Scheme was established whereby the students attending the school cultivated fruit and vegetables at home. There were prizes for the winners and the aim of this was for the students to expand and develop their resources at home. From this the first “Macra na Tuatha” group was launched in the school on 14th March 1952 by the Minister for Education Mr. Sean Moylan in the presence of the Minister for Agriculture
Mr. Tom Walsh.

Day school enrolments increased in numbers with the introduction of the Group and Intermediate Certificate Examinations. This allowed the children to obtain certain qualifications that were becoming necessary for jobs. There was a demand for more and more rooms as enrolments increased so pre-fabricated classrooms were introduced.

In 1978 the Leaving Certificate was introduced. During the ‘80’s, it was obvious that the accommodation was outdated, inadequate and dilapidated and a local campaign to provide a new school was initiated.

In 1993 the new school renamed as Coláiste Cois Siúire was opened by Mr. Liam Aylward, Minister for State at the Department of Education.